Do you have a crooked nose, septal deviation,  or suffering from stuffy nose and sinus infection?

What if we told you that you could receive treatment for all these in just one surgery?? There's no better way than to correct the appearance of the nose and treat uncomfortable problems all at once!

Mr Kim, a 36 year old office worker is always worried about his crooked nose. Due to the curved and asymmetry appearance of his nose, he lost confidence and ended up unable to express his opinions. And that is not all, he also has trouble having interpersonal relationships due to the sniffing habit, runny nose and constant sneezing due to nasal congestion. 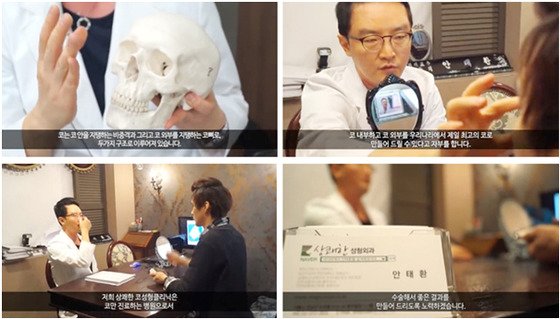 In the case of a crooked nose, the nose bridge is curved and usually not aesthetically pleasing, but there is a very high possibility that it is accompanied by functional problems inside the nose such as nasal congestion, runny nose, and chronic headaches in general. The cause of functional problems due to a crooked nose is generally 'Septal Deviation', which refers to a disease in which the nasal cavity is narrowed because the nasal septal cartilage, the partition bone is curved to one side.

The causes of Septal Deviation include congenital causes, developmental abnormalities, and shape deformation due to trauma or pressure. The nasal septal cartilage is overgrown, so the space for cartilage is curved because there is more septal cartilage than necessary. Also, Septal Deviation is most often accompanied by rhinitis and causes symptoms such as nasal congestion and runny nose, and if left untreated, can cause complications such as headache, chronic sinusitis, chronic otitis media, and loss of concentration.

Crooked nose and septal deviation surgery is very popular among busy office workers and students who have a lack of concentration due to stuffy nose. It can simultaneously treat problems such as sinus infection, nasal congestion, and headaches with just one operation. And also create an aesthetic transformation as well.

Director Ahn Tae-hwan stated, "Compared to other nose surgeries and rhinoplasty, crooked nose and septal deviation surgery requires a more complicated surgical procedure. So, doctors needs professional knowledge about the structure and function of the nose, and it is important to consult with a specialist who is experienced.“

0 0
'Malocclusion', the cause of dental discomfort can be improved with orthodontics Doctor and Tattooist Jo Myung-shin's TV Appearance on ''You Quiz"
List